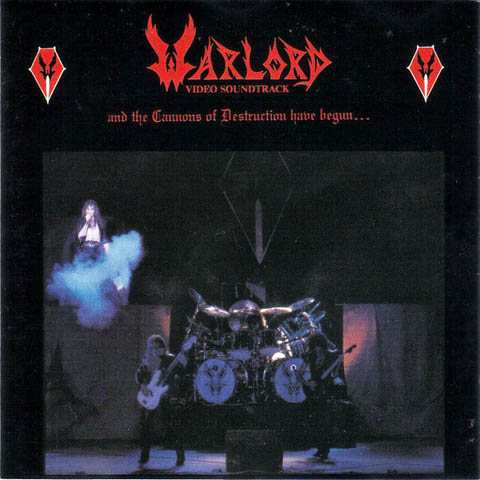 Warlord -And The Cannons Of Destruction Have Begun lp

Warlords second release, 1984s verbosely named And the Cannons of Destruction Have Begun, is one of those is it or isn’t it live albums, and was originally intended to serve as a soundtrack for a proposed video release. But, due to its nearly nonexistent production budget and amateurish technical setup (the fog machine had to be borrowed from Metal Blade labelmates Slayer, for one), the project was only given minimal promotion upon its release, so that its original ambitions of bypassing MTV into the hands of eager metal fans went largely unfulfilled. Still, for what it’s worth, Warlord put in an enthusiastic performance behind excellent songs like Lucifers Hammer, Aliens and Child of the Damned — all of them key tracks to underground American metal in the early 80s.