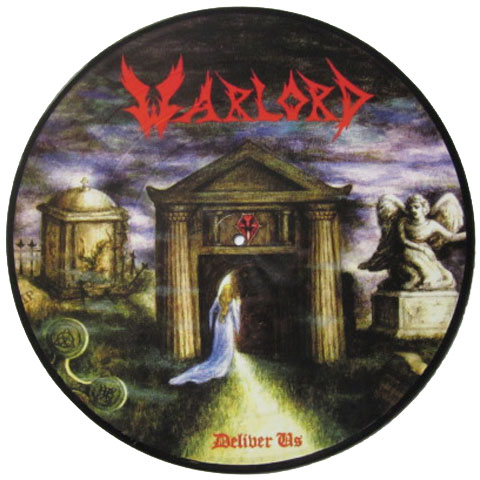 This little gem is one of the best releases of 1983, and one of the saddest stories of the 1980s metal scene. By the time Warlord released their debut ‘Deliver Us’ the band had been slugging their way through the apathetic metal audiences of Los Angeles for a couple of years, reaching in vain for the attention of audiences who craved clones of Van Halen, whose fusion of glam rock and classic metal carried them to the heights of popularity. The embryonic L.A. glam metal scene would explode over the next few years, but there was scarce room for a power metal band like Tsamis and Zonder fashioned. ‘Deliver Us’ contributed immeasurably to the growth of power metal’s sonic lexicon, helping to bridge the gap between bands like Dio and Mercyful Fate, and their successors in Queensryche and Crimson Glory. The music here is also notable for its high level of musicianship. The bass is nearly inaudible, but Mark Zonder’s talents as a drummer are already evident, and Bill Tsamis conjures a great deal of impressive guitar pyrotechnics. He shows himself adept at melody, rhythm, lead, and soloing, all couched within a spectrum of appropriate guitar tones. His use of pinch harmonics adds just the right amount of extra flavor, and he knows exactly how and when to show of the flourishes of classical finger picking. Diane Kornarens displays a less prominent role in the band’s sound, but her keyboard playing is always tasteful, and she adds a very welcome dimension to the band’s sound. Jack Rucker (AKA Damien King I) is the true ‘secret weapon’ of this release. He quit not long after the release of this recording, but he also performed on the band’s first two demos, and was the best and most appropriate singer Warlord ever had.

‘…do not be afraid, the world is near the end, is it better to rule in hell, than it is to serve in heaven?’