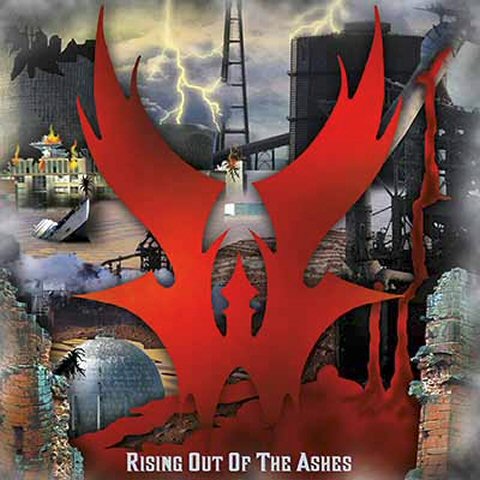 Warlord –Rising Out Of The Ashes 3lp/cd

Although they enjoyed a promising career start when their song “Lucifer’s Hammer” was featured in the second volume of the legendary Metal Massacre compilations, Los Angeles’ Warlord saw their scant, poorly produced releases get lost in the shuffle of more talented bands exploding out of their hometown like so much devilish popcorn. Little is known about the band’s origins, so short was the lifespan of their original incarnation, but suffice to say they were formed in the City of Angels in 1980, around the same time as more famous luminaries like Armored Saint, Slayer, and Metallica were first getting their acts together. Further confusing things, the members of Warlord adopted stage names like Destroyer, Archangel, and Thunderchild, which were often applied to more than one musician. After their 1986 album, Thy Kingdom Come, the band decided to go their separate ways, with the gifted Mark Zonder soon resurfacing in Fates Warning. Almost a decade later, original members Zonder and Tsamis teamed up with Hammerfall vocalist Joacim Cans (by all accounts a very enthusiastic disciple) for a surprising comeback album entitled Rising Out Of The Ashes. Reforming Warlord with the singer of Hammerfall was an opportunity not to be missed, at least a commercial opportunity. Hammerfall were at the peak of their career so no doubt that Joacim Cans gave the band the best promotional spotlight Warlord could have dreamt of. Rising Out Of The Ashes is an album that has been constructed from old and new demos as well as Lordian Guard songs. Songs like Battle Of The Living (old demo), Enemy Mind (new song), Invaders or Winds Of Thor (Lordian Guard song) could very well be future Warlord’s classics. Another thing worth mentioning is the guitar work of William J Tsamis, wonderful, flooding, melodic and original solos. So old and new fans as well as Hammerfall fans should check this out