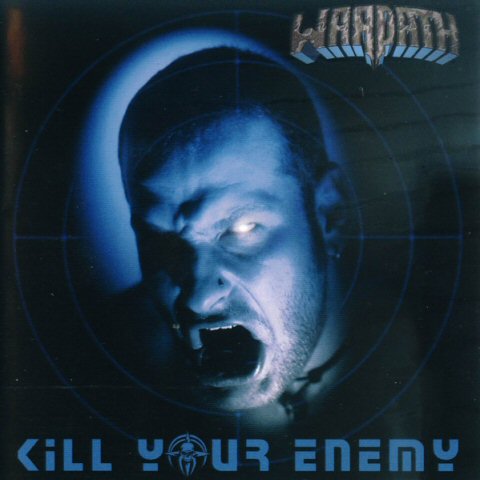 Hamburg’s Warpath released their fourth and what seemed to be their final album, Kill Your Enemy, in 1996 (the band would then return in 2015 and release more albums). The production is vicious and their thrash metal music now borders onto hardcore. Even the new band photo showing three bald-headed musicians with bomber jackets and the band performs a medley of two Cro-Mags covers, Sign Of The Times and Hard Times. The music has been slowed down so it now sounds more like Biohazard, Sheer Terror and Pantera in groove and tone. Their new vocalist Anrie sounds angry but not that interesting which fits the album very well because at the end this is without doubt the least vital and most monotone and boring of Warpath’s four first albums. Kill Your Enemy shows us that a break was a good idea.