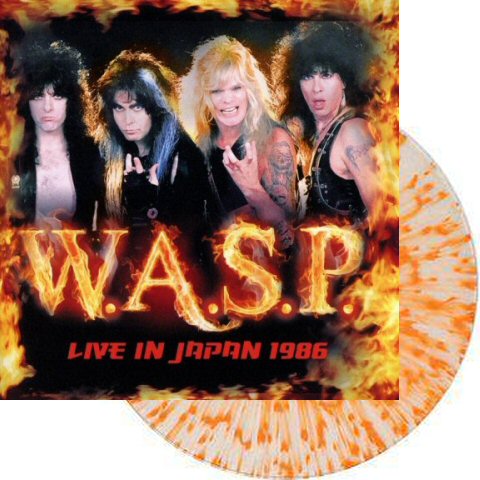 Another radio broadcast release, this time featuring shock-rockers WASP from the Nakano Sun Plaza, Tokyo. This concert is from May 7th 1986 during the final stages of ‘The Last Command’ World Tour. Although, it is only 8 songs long it has a nice cross-section of cuts from the first two albums including a rare airing of ‘Sleeping In The Fire’ [according to Blackie]. For me, it’s hearing ‘Fistful Of Diamonds’, live. I have a lot of these radio releases and the sound can be a little feeble or muffled on some but on this the sound is great. You can clearly hear WASP and Blackie in all their noisy glory. The liner notes [with photographs] are cribbed from a October 1986 issue of Metal Hammer and an issue of Billboard from Dec 20, 1986. If you’re a WASP fan, this is essential.