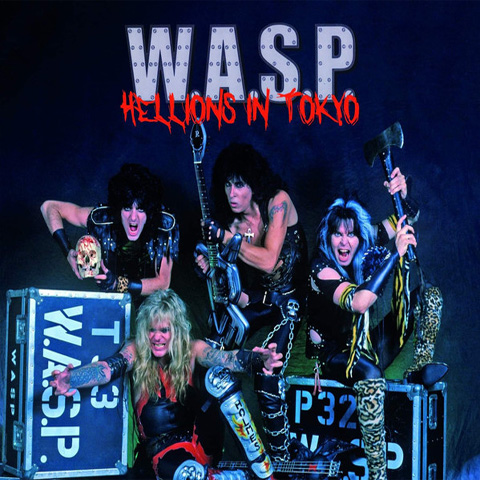 Sister, Killer Kane, and Circus Circus were the bands Blackie was singing in before creating W.A.S.P., and all of them would contribute to Blackie’s later success in some way. Much of the songs recorded and played during Blackie’s time in these three bands would make it onto W.A.S.P. albums with a little or a lot of changes. By the time of their second demo Face The Attack, that was released in 1982, most of these songs had gotten their real name. The line-up at the time were Rik Fox, Blackie Lawless, Tony Richards, and Randy Piper, who don’t sound too bad as a cohesive unit. The first five tracks ended up on the debut album, and Blackie’s vocals always sound legitimate. Even in his early days he had his trademark grainy vocals down. Master Of Disaster is the most surprising track on this release; it’s very reminiscent of the songs on The Headless Children more than the first three full-lengths. Everything from the stampeding tempo, to the boiled screams of Blackie, to that psychotic bridge of twisted solos – forget it, this song is a beast of a track that Blackie should have resurrected at some point. Face The Attack is when we truly see Blackie taking W.A.S.P. somewhere. Then we have a rehearsal demo for their coming debut album and Chris Holmes have, by the time of this recording, replaced Rik Fox. Early rough versions of the tracks that shows that the band finally has the line-up and songs to match their attitude. Besides these rare demo recordings we have a live recording from Nakano Sun Plaza Hall in Japan from the 23rd of October 1984. This was W.A.S.P. First visit to Japan and the tour was made up of 5 performances in total. This was the bands fifth and final show on their Japanese leg and their second night in a row at Tokyo. You just have to love the rough voice of Blackie Lawless where he’s screaming wildly. The audienec is quite calm but thats very common on Japanese recordings at the time due to various regulations, but even though the Japanese audience is well behavied you can still feel the excitement when Wasp brings in the model during Tormentor or when they bath in blood during School Daze. To hear this new shock rock act overrun a Japanese crowd is great. Fans of the early years of W.a.s.p. needs this one