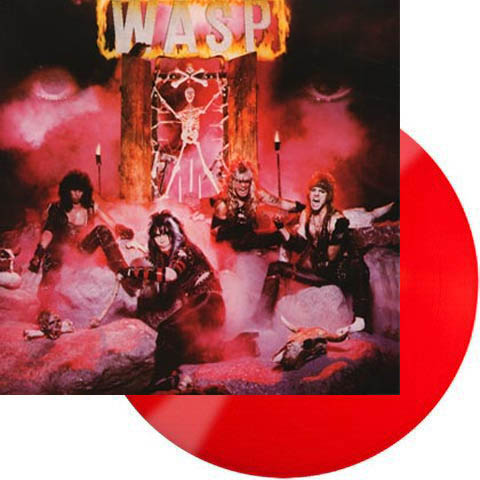 With glam rock making a comeback of sorts in 1984 (Mötley Crüe, Ratt, etc.), another Los Angeles band, W.A.S.P., couldn’t have picked a better time to release its self-titled debut. By merging lyrics that dealt with the expected heavy metal themes (sex, Satanism, etc.) alongside Blackie Lawless’ rough vocals and Chris Holmes’ guitar riffing, the band sounded and looked more menacing than your average L.A. glam band at the time. Add to it a stage show that was gimmick-heavy (Lawless would drink blood from a skull and rip open a pillow, while wearing buttless leather pants and saw blades on his arms), and you had a “can’t miss” recipe for controversy and publicity — resulting in the debut’s eventual gold certification. The album contains most of their best-known tracks, such as the raging singles/videos “I Wanna Be Somebody” and “L.O.V.E. Machine,” plus the anti-establishment “School Daze,” the semi-ballad “Sleeping (In the Fire),” and the angst-filled anthems “The Flame,” “Hellion,” “On Your Knees,” and “Tormentor”.