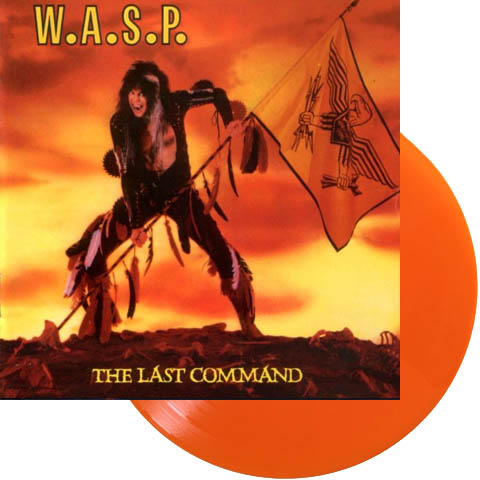 On W.A.S.P.’s sophomore effort, 1985’s The Last Command, the band hired Quiet Riot producer Spencer Proffer to man the boards, resulting in a slightly more accessible sound than their rugged self-titled debut. Although the album wasn’t the massive commercial breakthrough the band had hoped for, it resulted in their second gold-certified release in a row as they became one of the more popular metal bands of the mid-’80s (touring heavily with the likes of Kiss, Black Sabbath, and Iron Maiden). Blackie Lawless’ lyrics still relied heavily on sexual fantasies (“Sex Drive”), as well as tales of revenge (“Ballcrusher,” “Jack Action”), and children of the street (“Running Wild in the Streets”). The album’s two singles/videos proved popular on MTV’s heavy metal-oriented shows — the party-hearty “Blind in Texas” and “Wild Child,” the latter a tale of a Harley-riding free spirit.