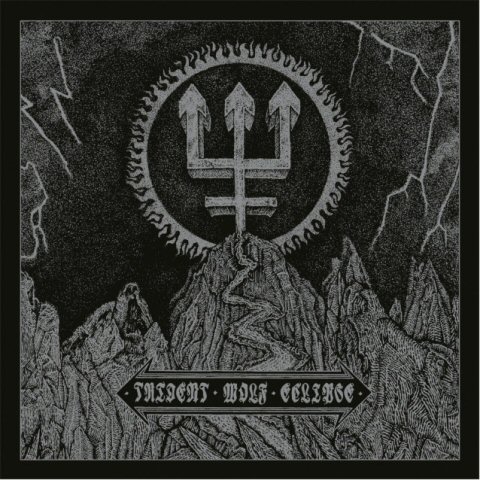 Trident Wolf Eclipse is the sixth studio album of Sweden’s leading and most notorious black metal band. Erik about the album: “It was definitely an important part on this album to allow for say, the late ’80s, early ’90s black and death metal tradition to shine through. For me, it’s the most natural thing in the world, really. It’s the kind of music we’ve been listening to since forever. I’m very pleased that we could really have that as a part of Watain legacy. Because you realize also that after the album is done, you start to think about, ‘Okay, so who is going to hear this album?’ It’s going to be a lot of people, of course, who are black and death metal fans. But also, the way things have gone with Watain, it also means there’s a lot of people outside of the death and black metal scene that are going to hear it. That makes it kind of interesting to me, like what those people would make of an album like that. What it really is, is eight tracks of relentless black and death metal. That’s up to them how they relate to that kind of material, but it’s good they at least get a glimpse into what proper black metal sounds like.”