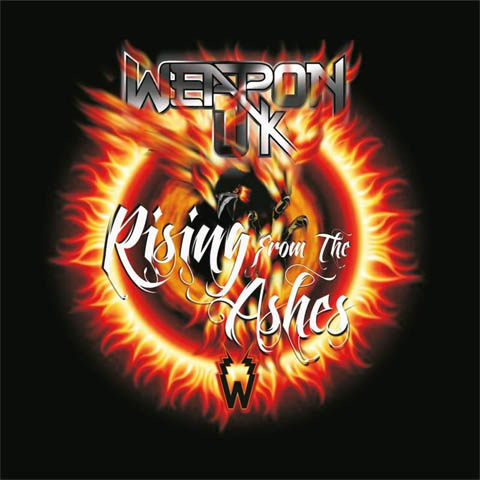 Due to the epoch in their founding time, Weapon UK will forever be considered as a NWoBHM group. And of course, there is the British 80s lifeblood in them, which flares up in rock / metal and drives the listener to ecstasy. Weapon was originally formed in 1980 as Fast Relief, before they caused a furor as Weapon in the underground. Despite critical acclaim, and a major UK tour supporting Motörhead, the band never got a chance to establish itself through a variety of managerial problems and broke up after a couple of years. Fast forward to 2005 and the original line-up reformed for a very successful appearance at Headbangers-Open-Air. In 2010 Danny and Jeff decided to reform the band full time. Their first real album Rising From The Ashes was released in 2014, almost as a comeback album! This was preceded by a renaming of Weapon to Weapon UK for legal reasons. Until now the record Rising From The Ashes only has been available as a self-release cd by the band. Here, the London quartet featuring original members Jeff Summers (guitar) and Danny Hynes (vocals) also deliver the finest British Steel with a strong production. Although they deliver the songs with a modern sound, the songs are still full of classical Heavy Metal, with a slight Rock n Roll edge! The 2018 re-issue comes with two bonus tracks, one of them is a re-recording of a 1980’s demo Killer Instinct written by vocalist Danny Hynes. This track features the original 1980’s line up of Hynes/Summers/Downes/Bisland. A really enjoyable, modern piece for all lovers of unknown NWoBHM masters.