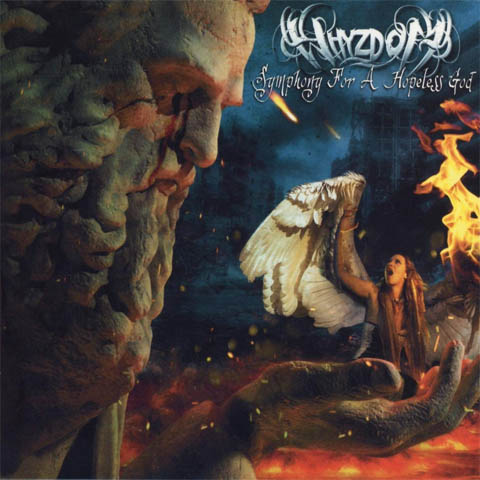 Symphony For A Hopeless God is the third album for French symphonic metal band Whyzdom. After two successful albums relying on the power of Symphonic Orchestra and Metal riffing, as well as on the beauty of female voices, they push their own Philharmonic Metal concept one step further, adding an even more cinematic edge to their songs. Orchestra has never been so powerful. Choirs has never been so haunting. Riffs have never been so compelling. And vocals have never been so intense, ranging from pure and fragile melodies to harsh growls, all provided by mezzo-soprano Marie Rouyer. Symphony For A Hopeless God depicts the constant need of humans to rely on the irrational to guide their life, and to give up their own freedom of thought, speech and action on behalf of what we know as religion. Slaughters, genocides, ethnic cleansings, have too often been committed in the name of religion. What would God think of that if he really existed. This is exactly what this album is all about. Symphony For A Hopeless God was produced by Vynce Leff, recorded, mixed and mastered in Paris at Powermania Studio, assisted by Mathieu Gillon. This really is a highly recommended female fronted album with such tasteful arrangements with beautiful use of orchestra. Buy this album and you won’t be disappointed.