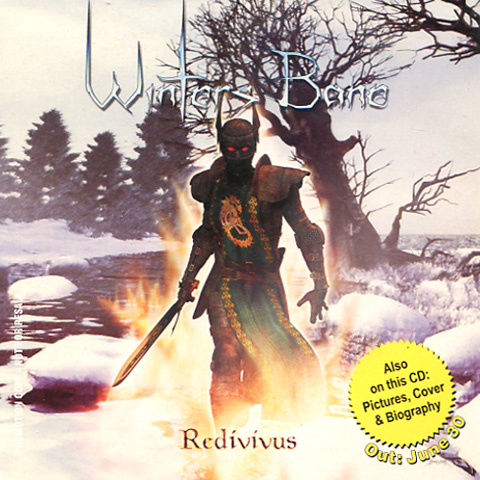 Winters Bane was formed in Akron, Ohio in 1990 and were overshadow by the massive tide that came in a year later that was called grunge. The band released their debut album Heart Of A Killer in 1993 and it was an album that escaped all kind of the attention, not even power metal fans seems to have find this band. The band would come into the history of heavy metal when their singer on Heart Of A Killer, Tim Ripper Owens was offered the vocalist job in Judas Priest. Loosing Owens to Priest was only the beginning as Lou St. Paul is the only member to have remained from the original fold, and St.Paul have been struggling to put out something to match their amazing debut album. The music that Winters Bane were playing were suddenly popular in Europe and more than a decade after their debut, St. Paul finallly felt it was to time to write an album that could rival his and Owens old magnum opus. He enlisted the aid of German speed metal outfit Powergod members Hama Hart and Alex Koch. The final result was Redivivus that was released in 2006 and it shows that Paul’s songwriting has taken some pretty sizable leaps forward, bringing a much heavier, darker side to the music. Redivivus is a great album with straight up aggressive power metal of the late Judas Priest, Paragon, Rage and Iron Savior variety without all of the prog and neo-classical trimmings. In terms of general releases for 2006, this is up there with Axel Rudi Pell’s Mystica, Dragonland’s Astronomy and Heavenly’s Virus. However, unlike those releases this one wasnt getting the attention it should.