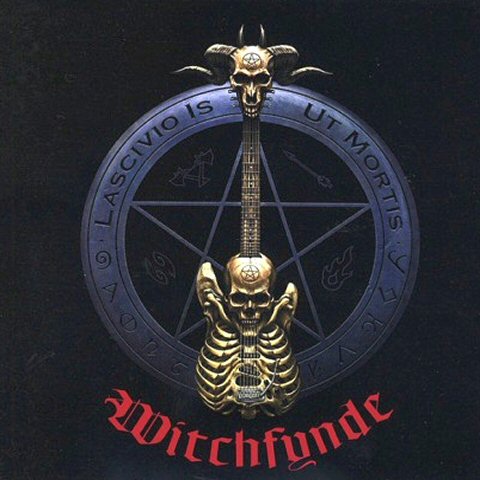 Witchfynde -Play It To Death cd

When Witchfynde released their first album Give Em Hell the title could have been a mission statement for everything the band was about. Well, theyve done it again and their second album since reforming will make you do exactly what it says on the cover, Play It To Death. Formed in Nottingham back in 1979, they were a leading light in the New Wave Of British Heavy Metal (NWOBHM). It was a movement that also heralded the emergence of bands such as Iron Maiden, Saxon, Diamond Head, and Def Leppard to name but a few. A favourite of the late BBC Radio One show DJ Tommy Vance they quickly built a name for themselves. They also built a reputation for their uncompromising heavy metal sound and satanic imagery. Albums Stagefright (1980), Cloak And Dagger (1983), and Lords Of Sin (1984) followed before the band split up. When the Best Of Witchfynde was released in 1996 with good sales and excellent reviews, the idea of the band reforming began to become a possibility. Time and again latter day metal bands were citing Witchfynde among their inspirations. In 2000 they finally reformed. Needless to say it was a very welcome announcement indeed. The line-up now consists of guitarist Montalo, drummer Gra Scoresby, bass player Pete Thud Surgey, and new singer Harry Harrison. They went to work and released their fifth album The Witching Hour in October 2001. It was a mix of re-recorded classic Witchfynde tracks and new material. A totally new studio album was due and here it is, Play It To Death, coming straight out of the classic school of metal. Recorded at Bandwagon Studio, Mansfield, the ten tracks on Play It To Death were produced by the band themselves. Two covers are included, a superb grinding version of Robin Trowers Shame The Devil, and a powerful Witchfynde take on The Rolling Stones Paint It Black. The rest are written by the band that is clearly enjoying creating new material. Opening with the riff fest that is the title track, it loses no momentum whatsoever throughout a highly impressive set. Any metal fan who has a gaping hole in their collection under the letter W simply has to fill it. When you have, then all you need to do is, Play It To Death.