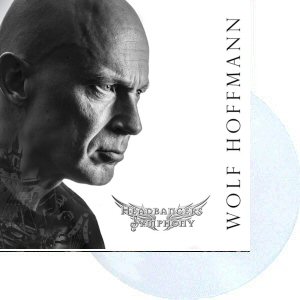 Accepts guitar powerhouse Wolf Hoffmann, inspiration and role model for generations of new guitar players – his classical handwriting carved a different niche for Accept since the early music labelling of something called Heavy Metal – second solo album is entitled “Headbangers Symphony”, completely dedicated to the grand Classic Maestros. Wolf Hoffmann has a passion. His life-long love and dedication to heavy metal music is documented in dozens of albums spanning four decades with his long time heavy metal band Accept. But beyond heavy metal, Wolf has an incessant craving for the classics, yes, the ones written decades and centuries ago. Classical music has always been an influence – albeit limited – on Accept’s Teutonic approach to rock and heavy metal. However, it wasn’t until 1997 during a extended hiatus from Accept, that Wolf Hoffmann finally had the chance to fully explore and fulfil this interest by recording his first astounding solo album “Classical”, a record filled with his rock guitar driven interpretations of some of classical music’s most loved compositions. I have always incorporated classical music in my songwriting with Accept, especially with “Metal Heart”, but I constantly felt there was so much more that I could do and I did not want to overload Accept or force it in any way. I always knew I could make a whole record of it and that’s how the first record “Classical” was born. Even today, fans tell me that they are still listening to it, that’s why it is so fantastic now to do another one. “Headbangers Symphony” is truly a bold statement by a genuine musician who simply refused to rest on his laurels and continues to push and challenge himself.