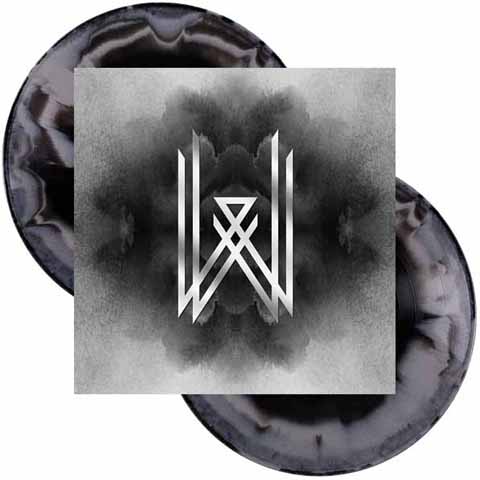 Double album on grey with black haze vinyls and one side lazer etched. Limited 200 numbered copies

Up from the ashes of As I Lay Dying rises Wovenwar. In lieu of the series of destructive events surrounding the demise of As I Lay Dying, it wouldn’t have been surprising to see the remaining band members call it quits or at least split up and move on in different directions. While they clearly have moved into new musical waters, the guys hung together and recruited the vocal talents of Shane Blay (Oh, Sleeper). In doing so they’ve definitely moved in a more commercial metal direction. Really, its best not to think of Wovenwar as the new As I Lay Dying – not really fair to compare the two since stylistically they are divergent – but merely as the next musical project for a bunch of guys that want to keep their creative juices flowing until they discern they’re next move. It’s apparent from the lyrics they have a lot to say about what they’ve endured with Lambesis yet there is an overlying sense of “we just want to move on.” The music is emphasizing melody more than technical brutalness so its easy – at least when you know going in that these songs we’re written by the guys from AILD – to judge this as too soft, too commercial or not biting enough. But I would argue that if you didn’t know who Wovenwar was and you started spinning these tunes you would then be able to judge it not based on what has gone before but just as it stands – a melodic rock/metal release. Overall, these songs are really good and they still rock pretty hard, especially with Mancino pummeling away on the drums. My only criticism is the sometimes similar approach to songwriting and the similar lyrical themes song to song but it doesn’t break the deal for me because there is actually a lot more diversity here than what we’ve had on many of the As I Lay Dying releases. While this might not necessarily show up on a lot of “top” lists for 2014 Wovenwar is a solid offering and I’m happy to have these talented guys active again. I agree with others as well that it gets better with repeated listens.