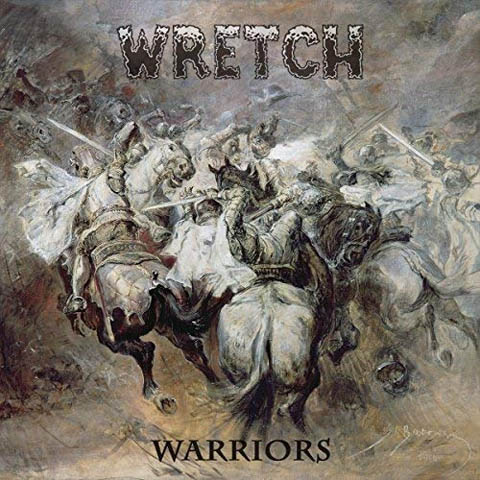 American Heavy Metal band from Cleveland. Formed in 1983, Wretch became one of the Cleveland’s most heralded underground metal acts, releasing the classic track Life on Auburn Records Heavy Artillery compilation album in 1990. After disbanding in 1991, Wretch were inactive for decades until their 2003 reformation to release the full-length Reborn album in 2006 and then it took several more years before their second opus, Warriors, was released in 2014. This is an impressive album where every song has its distinct sound. This is US metal (melodic, straight power/thrash metal with powerful vocal). If you like bands like early Fates Warning, Helstar, Maiden/Priest, Sanctuary, Queensyrche, Metal Church, the less thrashy side of Forbidden and Symbolic-era Death (but with clean vocals) drop everything and purchase this album.