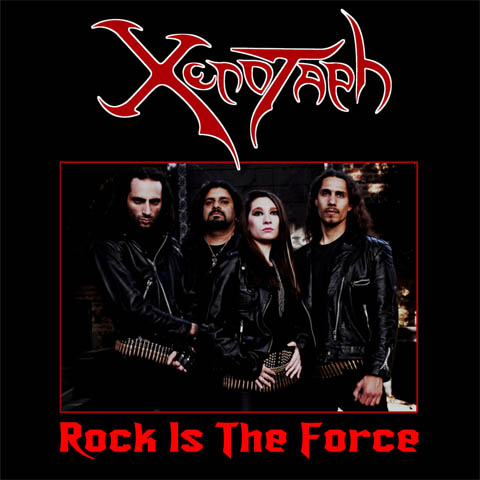 Xenotaph –Rock Is The Force cd

Xenotaph is a femal fronted speed metal band from Argentina. The speed is there but it also sounds very much like an 80s release so think of bands like Blacklace, Hellion, Bitch and Black Knight. After a few demos and a self-released vinyl single it was finally time to attack the metal community with their debut album, Rock Is The Force, in 2013.