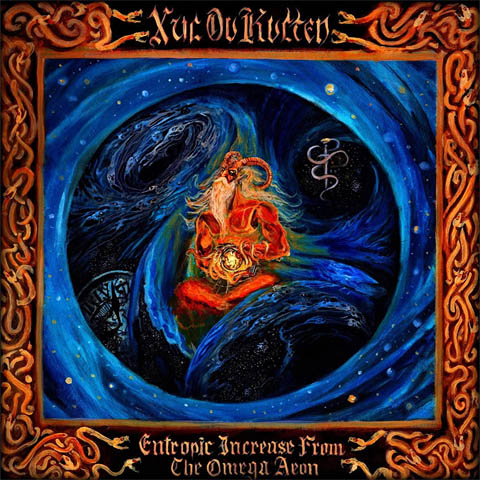 Santiago, Chile symphonic black metal act Xul Ov Kvlten takes the thematic and lyrical influence from Inquisition, modus and greater blueprint from Emperor, alongside a concerted study of the occult and presents it with death blasts and keyboards/synths. With their second album, Entropic Increase From The Omega Aeon, Xul Ov Kvlten now appears more serious and exponentially professional compared to their debut. Their album is full of strong melodic black metal riffs that brutally and majestic runs through the nine complex tracks on the album. The title track is a grand highlight in this sense, crunching out the gate with a barking decree and foreboding death metal riff that evolves into a barn-storming, cosmos-scorching black metal song that smartly incorporates guttural blasting death to transition between certain verses. Familiar and occasionally referential as they occasionally are, Xul Ov Kvlten appear so deeply entrenched in their own spirited cosmic manifesto that Entropic Increase From The Omega Aeon becomes a magnetically thoughtful curio to delve into, a fine piece to glean excitement and lasting value from.