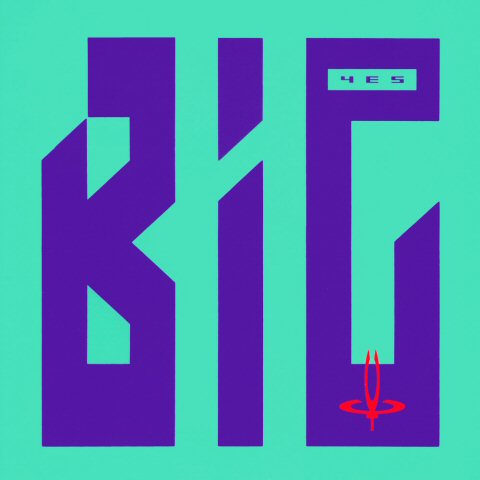 The four-years-in-the-making follow-up to Yes comeback album, 90125, Big Generator was also a million-selling hit, although not as successful as its predecessor, probably because the singles Love Will Find a Way (number 30) and Rhythm of Love (number 40) couldn’t match Owner of a Lonely Heart from the previous album, even if they were favourites on AOR radio at the time. Tensions in the band were running high while recording this and it shows through in the album’s disparate musical styles. I will concede that it seems somewhat overproduced at first, but the end result is so great that it’s not really an issue. Rhythm of Love, one of the better Yes pop songs, kicks things off. It’s kind of like a marriage of Eddie Van Halen’s guitar and The Beach Boys’ harmonies, which seems odd, but it works very well. Love Will Find a Way is one of the most notorious Yes songs for its line, I eat at Chez Nous, and yeah, that does kind of tarnish the song. But it’s inoffensive. The title track recalls Owner of a Lonely Heart a bit too much, but I still like it. Final Eyes is an emotional power ballad featuring some of Jon Anderson’s best vocals ever. The rocker Almost Like Love and the gentle Holy Lamb are enjoyable, but neither are really noteworthy. The album’s best song, and one of the best songs Yes have ever done, is I’m Running. It’s some of the most exciting seven-and-a-half minutes ever in rock music. The song moves through many moods, from light Latin to dark and heavy, and then in the climax, both. And the vocals. I’m Running has the greatest vocals of any Yes song, bar none. The harmonies in its last minute are awe-inspiring; I’ve never heard anything like it. The airy, dreamlike Shoot High Aim Low is Big Generator’s second highlight. It’s slower and simpler than I’m Running but still packs a punch. The interwoven and seemingly unrelated vocals of Trevor Rabin and Jon Anderson are great, as are Rabin’s guitar solos (one acoustic, one electric). Big Generator might be the most underrated album in the Yes catalogue and its by far their best album featuring Trevor Rabin. Big Generator is a great combination of some sleek pop tunes and a couple of weighty, intelligent masterpieces. No rock fan should be without it. Nevertheless, this album was Yes last major hit.