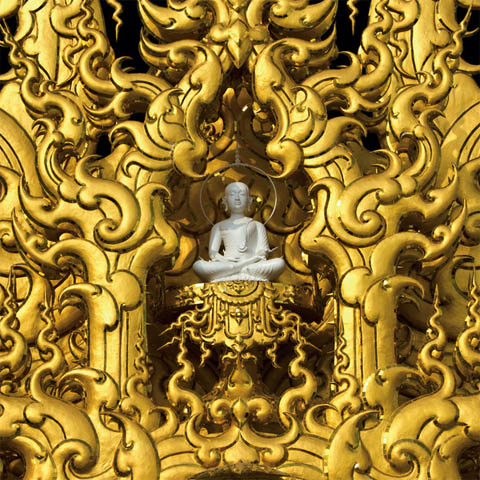 When Iron Butterfly recorded its 17-minute studio version of In-a-Gadda-da-Vida in 1968, it was not only one of the earliest heavy metal recordings — it was also an intriguing example of how nicely a metal or hard rock song could work as an extended piece. Most metal recordings haven’t been that long; rock’s extended performances have usually come from progressive rock. But occasionally a group of headbangers will get the urge to really stretch out, which is what YOB does on its second album Catharsis. This album isn’t for those with short attention spans; the shortest of the album’s three selections, “Ether,” lasts seven minutes, whereas the other two last either 18 minutes (“Aeons”) or 23 (“Catharsis”). Of course, songs that last 18 or 23 minutes could easily grow tedious if they weren’t worthwhile — 23 minutes of a bad song is much more painful than a bad song that is over after four or five minutes. But YOB’s material is enjoyably solid, especially if one has a taste for dark, ominous doom metal. No one will mistake YOB’s riffs for the chug-chug riffs of Korn, Mushroomhead, or Sevendust; nor will it be mistaken for the fast, hyper, amphetamine-like aggression of thrash metal, grindcore, or death metal. Rather, YOB’s slow riffs crawl along in a Black Sabbath-minded fashion, leaving no doubt that the band’s forceful yet melodic metal is doom all the way. Lead singer Mike Sheidt, however, doesn’t sound like Ozzy Osbourne; his vocal style is much too high-pitched for that comparison. And like Rush’s Geddy Lee or Cradle of Filth’s Dani Filth, his singing is an acquired taste — appealing and well worth getting to know, but still not for everyone. Of course, one could say that about doom metal in general, and if one has acquired a taste for doom, Catharsis is worth checking out.