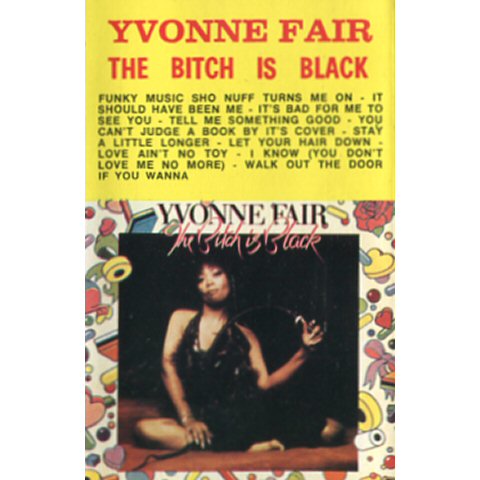 The Chantels member Yvonne Fair’s debut solo album, The Bitch Is Black, stirred up some controversy. Part of it was the cover artwork were the first pressing of the cover featured a background full of multi-coloured pills. The other thing was the title that shocked and grabbed attention upon its release, it may also have played a part in not revealing the majestic voice and soul-stirring ballads within. If you can’t tell a book by its cover, be careful if the title throws you off base as well. Sure, Harvey Fuqua’s “Stay A Little Longer” has some gutsy vocals reflecting that title — and stunning production by Fuqua as Whitfield had collaborators in that department on this disc — Pam Sawyer, Gloria Jones, and Clay McMurray also chipping in, but this is Yvonne Fair’s moment in the sun and her big U.K. hit, “It Should Have Been Me,” should have been a monster in the U.S. as well. Stevie Wonder’s “Tell Me Something Good,” a Top Three hit for Chaka Khan in the summer of 1974, is absolutely grand here, with bubbling guitar and sweet horns that give it an entirely different perspective. A cover of Barbara George’s 1962 hit “I Know (You Don’t Love Me No More)” moves with authority, and is a great selection on one of those albums that not only doesn’t have a bad track, it’s one that you wish would just keep on going.