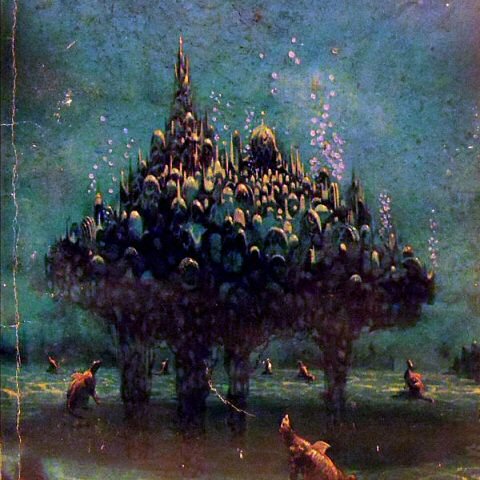 Zoltan evoke minimalistic electronic grandeur on this album. London’s instrumental outfit known as Zoltan are cut from the same macabre musical jib here on their First Stage Zoltan debut as Pittsburgh’s diabolical duo ZOMBI, in that both acts evoke powerful, minimalistic grandeur with layers of electronic ambiance. The influences behind Zoltan’s dark and creepy sound emerge primarily from the obscure recesses of 1970s Italy, namely the cult film soundtracks of composers Fabio Frizzi and Stelvio Cipriani, both of whom scored numerous, grotesquely artistic horror flicks during the country’s cinematic boom of the 60s, 70s and 80s. Films such as The Beyond, Nightmare City and Lucio Fulci’s classic Zombie are all prime examples of Zoltan’s musical inspiration at work, while similar stylistic avenues also emerge from the synthesizer fog here, not the least of which are the equally classic film/score works of American horror director John Carpenter. There is a malicious, bass-driven undertone to the band’s work which works hand in hand with Zoltan’s higher, more ambitious orchestrations, the moods of which link quite often with the jazzier end of 70s film scores, a la Alain Goraguer’s Planete Sauvage, for example. Indeed, while shades of Halloween certainly permeate Zoltan’s electronic symphonies, there exists a certain depth to the band’s composition which lifts them above mere homage and plagiarism into the upper echelon of their field; deserved praise for a band so relatively new to the scene, yet utterly deserved: Zoltan totally rules.